Spring is trying to come early. 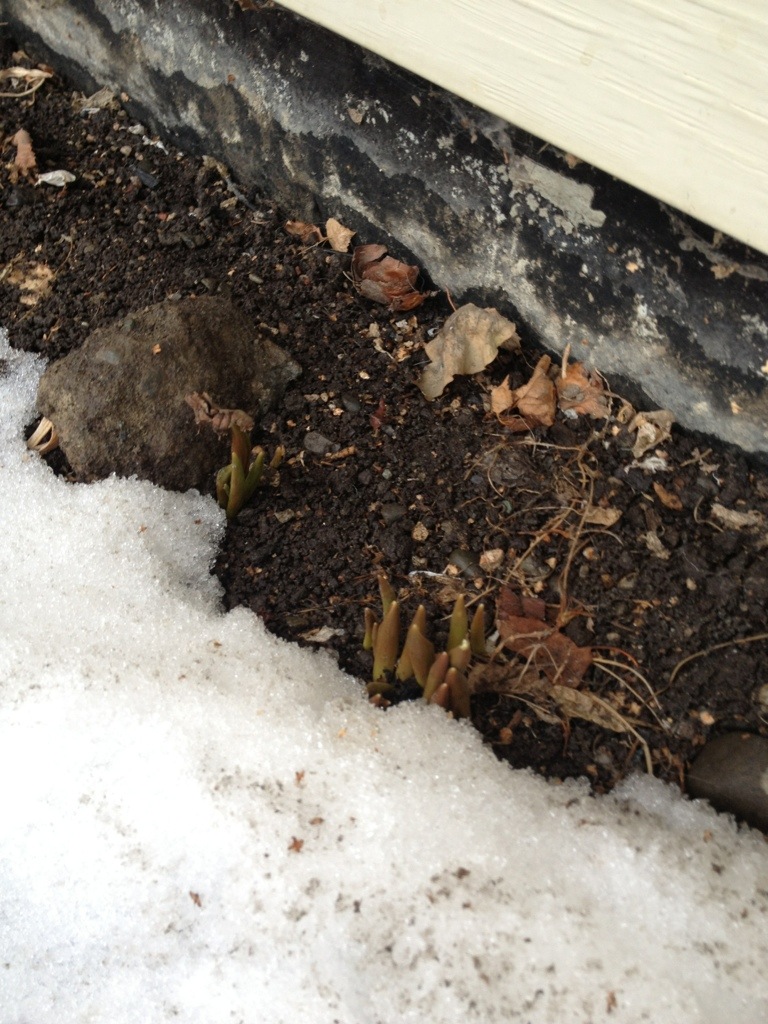 Those are bulbs pushing up – we first noticed them trying in late February/early March. Last year we noticed the bulbs were up around March 11th. In 2011 it was the first week of April. Strange weather.

The Chanteclers don’t mind the snow at all. I’ve noticed that they happily walk around on the snow dump in their run. So today when I fed and watered them I left their run open. There is a lot of exposed grass along the house and I thought they would enjoy it if they could get to it. Boy did they! Clucking and attempts at dust baths. Here is a dust bath hole: 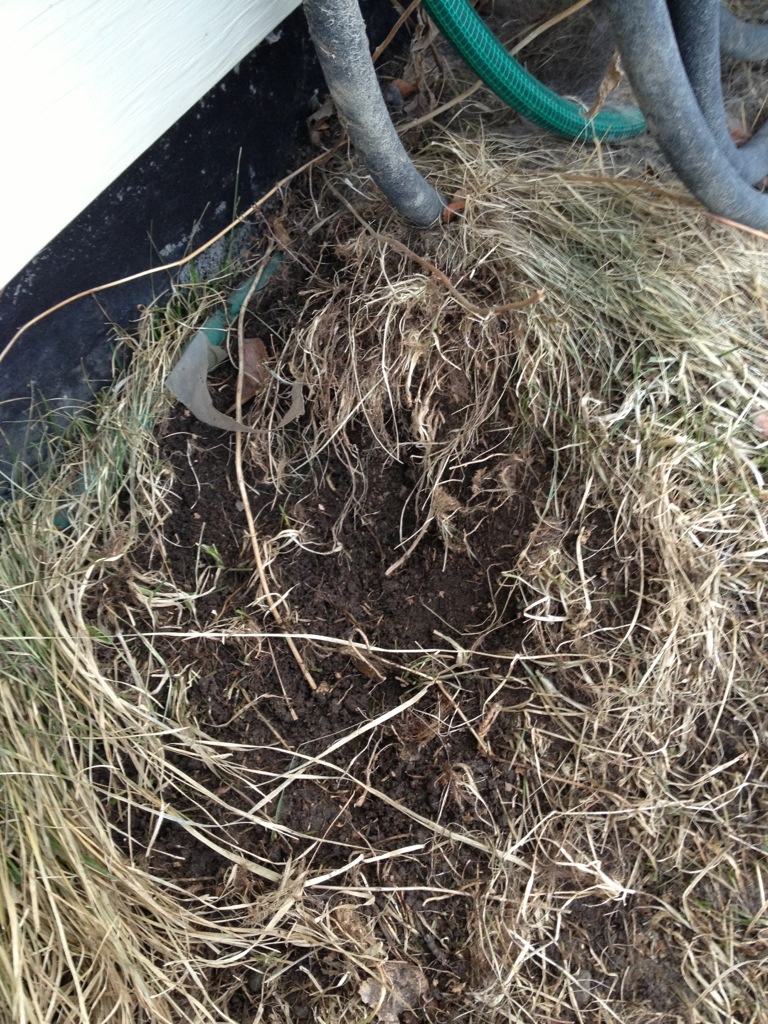 And here are chicky- prints on the snow: 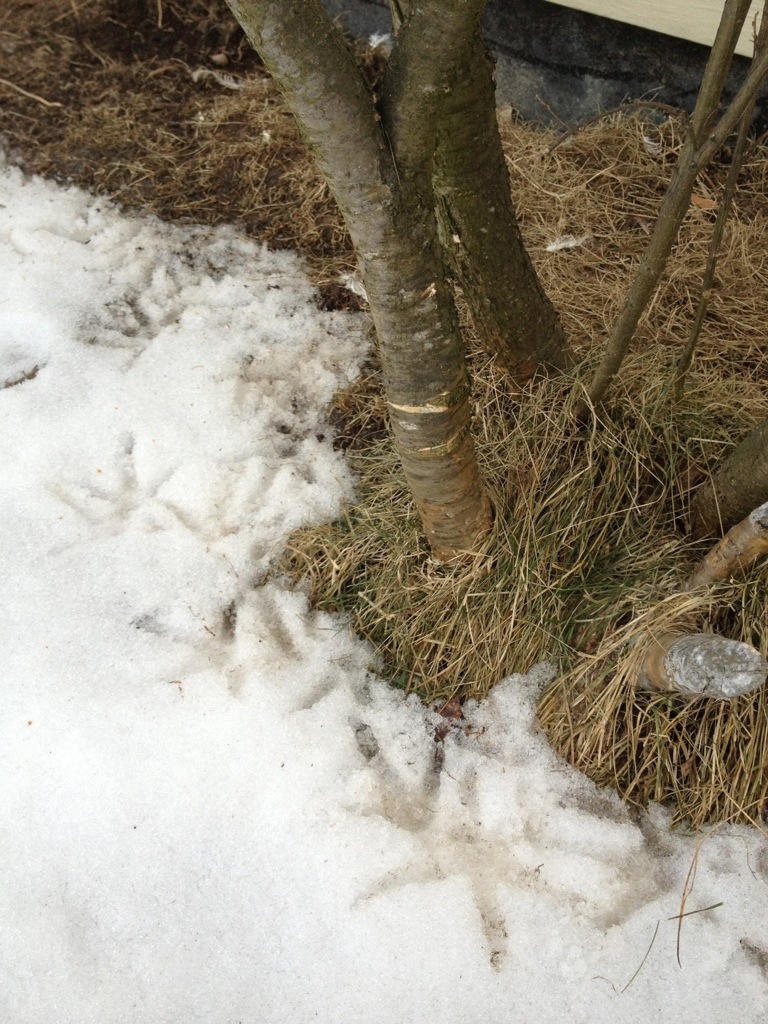 Elizabeth was insistent at dinner that she wanted to go outside. So we wandered to the backyard again. I wanted to put the hens up for the night. Elizabeth collected an egg and carried it all the way back to the front door. 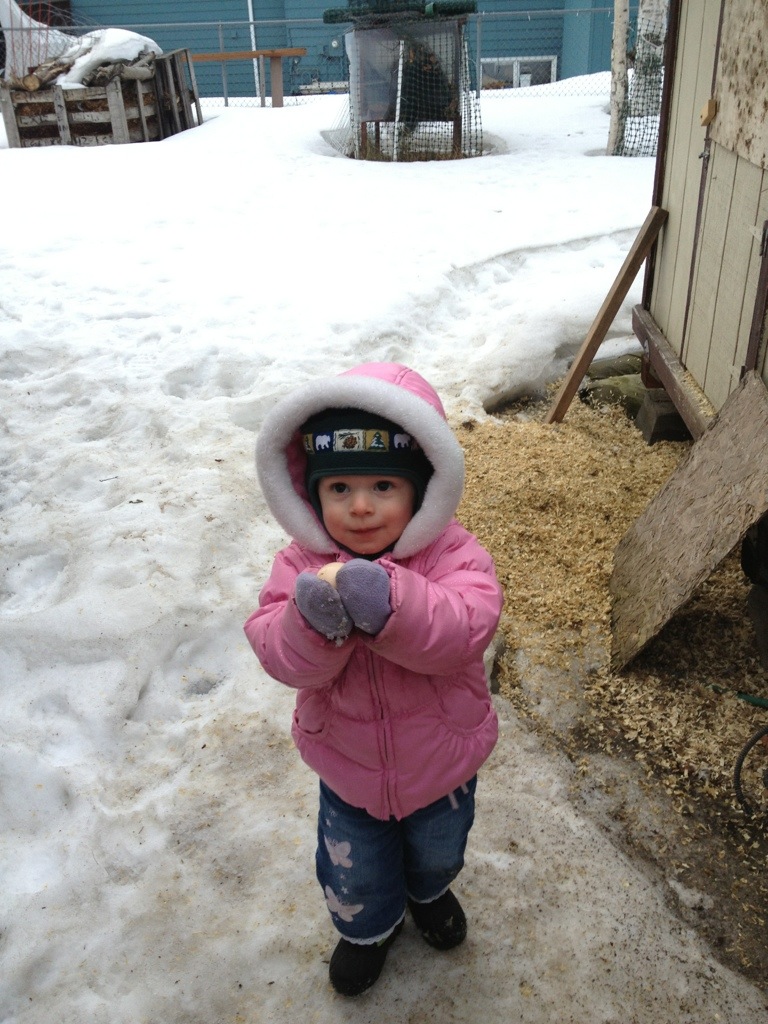 I racked the mead tonight. The specific gravity was 1, which confirms fermentation is done. It’s pretty raw tasting at this point. We will see what a couple of months sitting around does for it.

And Bing and Kate have improved digs in the bedroom. I finished putting up the shelf and rod Scott started nearly two years ago (having a baby has done nothing for our productivity). I moved a bunch of stuff around and now the dogs have a double size thick bed to share. They approve. 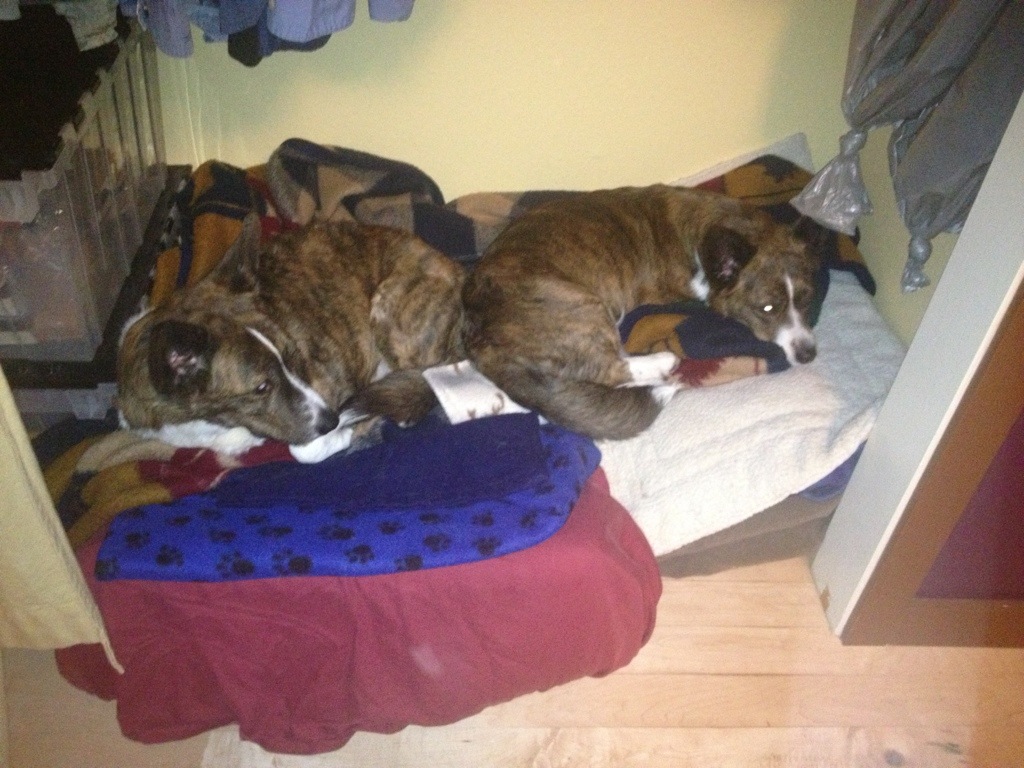 This entry was posted in Baby, Family, Fauna, Flora. Bookmark the permalink.